Samasthiti: The art of verticality

Who would’ve guessed that standing in Samasthiti could be so worthwhile? Joey Miles is so very dynamic and so very excited about
Ashtanga that his enthusiasm makes you stretch further and further into your practice. This time it was ‘stretching up’ that gave all us Ashtangis food for thought. We spent an enlightened two hours exploring the standing sequence and discovering where our bodies will go with just a little more focus and direction. I really appreciate Joey’s ability to delve deeper into a posture and give freedom to a very traditional, ancient practice. 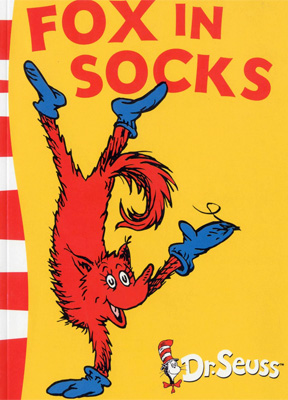 The afternoon session was likened to Dr Seuss’ Fox in Socks:

You get the picture?! We chanted Sanskrit text taken from Samadhi Pada. After a few rounds of practicing it actually became less of a tongue twister than Dr Seuss for me. Joey was careful to explain the practical applications of this ancient text and gently explained the yoga philosophies from Patanjali’s writings. We made practical applications by meditating upon on an object, visualizing that object, thinking happy thoughts and then about the “I am”. After some group discussions we ended what was an enjoyable days workshop, excited and ready for day two…

I’m the founder of Ashtanga Brighton and have been getting on my mat since 2006. Originally from South Africa, I grew up during apartheid but moved to the UK in my early twenties - and haven’t looked back since. I’m passionate about freedom and creativity and now run a digital media agency, Wildheart Media - helping yoga businesses grow.
View all posts by Guy →
A Weekend with Joey
Joey Miles’ Sunday workshop in Brighton