Over the last two years there have been a lot of changes in my life on every level: work, love and even which country I call my home. I started a new company, got married and then moved to Mysore, precisely in that order. How is this all connected you may be wondering? Well, I’ve had to start learning not just one but two new languages. I’ve also found some interesting parallels with my own daily Ashtanga practice. 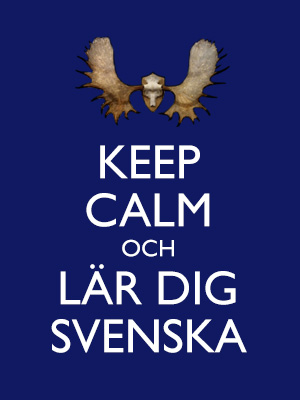 My motivation to learn Swedish came from meeting Leia who recently upgraded to become Mrs Andefors. Within a week of meeting her I had downloaded an app that taught me one Swedish word a day. I soon learnt very useful words like ‘säkerhetsbälte’ (safety belt) and ‘arbetsskada’ (work place injury).

I was not deterred by Leia’s roars of laughter when I tried these new words out on her by casually dropping them into conversation. I can’t think how I would have managed to drop ‘arbetsskada’ casually into any conversation, but it must have been pretty funny. About a month later I downloaded Rosetta Stone and began learning Swedish seriously.

Rosetta Stone, for those who don’t know, is a brilliant software programme for Mac and PC designed to help you learn one of 30 languages. Learning a language is multi-faceted and you need to cover core areas such as vocabulary, comprehension, grammar, writing and speaking. Rosetta Stone covers all these bases nicely. It’s very repetitive and can therefore get pretty boring the twentieth time you spell out ‘the boy is drinking juice’ but it does have a working method and you notice that all of a sudden that phrase allows you to build other sentences later on. So, like the Ashtanga practice, it’s highly structured and progressive. 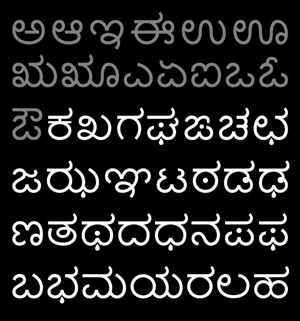 When arriving in Mysore for the first time I quickly realised that most locals in Gokulam speak pretty good English, but as soon as you travel further afield this is not the case. I quickly started picking up phrases in the local language Kannada. ‘Thank you’ was the very first expression I learned, followed by ‘How are you?’, ‘I’m well’ and the very important and frequently asked ‘Have you had lunch?’ The way I learned Kannada was in stark contrast to the structured way I learned Swedish; it was through waiters, shopkeepers and neighbours.

Whether I was in Sweden or Mysore, it was very clear how much people appreciate it when you make an effort to speak their language. In Sweden I sometimes play a game I like to call ‘Pretend to be a Swede’. I go into a coffee shop, order a coffee in Swedish and see if the staff answer me back in their native tongue – and mostly they do! It gets a bit more complicated when they start asking about what food I would like or making conversation but I quickly learned how to say ‘card’ or ‘cash’ when asked how I wanted to pay. The game ‘Pretend to be an Indian’ doesn’t quite work for obvious reasons, but the happiness that shines in people’s eyes when I say a few words in the local tongue is even more obvious in Mysore than in Sweden. Stern guards and tired shopkeepers beam brightly or laugh and repeat what I just said with warmth or offer a new phrase for me to learn.

Here are some interesting parallels I’ve observed between learning a new language and practising yoga:

A year in Mysore 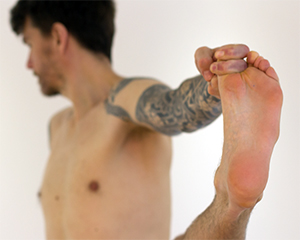 As Leia and I are staying in Mysore for a year we’ve decided to start weekly Kannada lessons with a tutor so we can take our conversations with the locals to the next level. The Swedish lessons have taken a back seat, apart from a few sentences here and there with Leia, but we’re talking about moving to the northern hemisphere at some point and by then I will have plenty of time to practice.

When it comes to my yoga practice I’m making the most of being based in the heart of the Ashtanga world. I completed 3 months with Sharath at the end of 2014 and am exploring other teachers and places to practice in Mysore. Every day is an adventure here, even the days that are repetitive and a little bit boring, because at the end of the day life is all about practice, practice, practice.

Sign up for our monthly newsletter in the right hand column at the top of this page, and receive great content like this direct to your inbox. Don’t worry, we won’t bombard you with anything else – just interesting, relevant, inspiring articles from fellow Ashtangis around the world.

I’m the founder of Ashtanga Brighton and have been getting on my mat since 2006. Originally from South Africa, I grew up during apartheid but moved to the UK in my early twenties - and haven’t looked back since. I’m passionate about freedom and creativity and now run a digital media agency, Wildheart Media - helping yoga businesses grow.
View all posts by Guy →
nuun: sugar-free rehydration salts
Baby steps: practising after childbirth