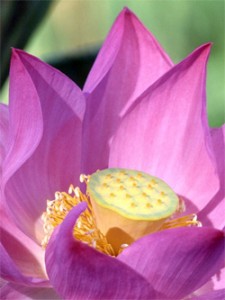 I’m a little behind as usual with the blogging so this is about 10 days old now:

Sunday a week ago I took my first Yoga class. Hannah and I were at her family’s farm near Hastings. The get together was organised to scatter her Grandfather’s ashes. There were more than 15 family members gathered on Saturday.

Now her family has somewhat hippy tendencies and quite a few people expressed an interest in an outdoor Yoga class on Sunday morning led by me. I was instructed to ring a gong at 8am and see what happened.

To my surprise there were soon assembled 10 bleary eyed Yoga students ready for a class. It turned out that 4 of the family members had never done any yoga before. The class consisted of 3 men and 7 women ranging from early 20s to late 50s. So I had to lead the class by demonstration and talking at the same time.

We started off with a quiet moment for dedication. Then I waffled a little bit about breathe and movement and then it was off and away with 5 Surya Namaskar As and then swiftly onto the Bs of which we did 4. We then did the standing sequence with some variations – for Parivrtta Parsvakonasana the students had their hands in prayer position and for Utthita Hasta Padangusthasana we did the tree posture with hands raised in prayer postion above the head.

It was really hard work talking and demonstrating while trying to keep a flow to the class. But it was great fun too! It was a lovely warm day and the garden was in full bloom.

We ended the class with a short seated meditation. Later in the day we all gathered as a group to scatter John’s ashes. The whole weekend was a very intimate and family orientated and I connected well with Hannah’s family.

It was a lovely way to start the day and a really memorable first experience to teaching.

I’m the founder of Ashtanga Brighton and have been getting on my mat since 2006. Originally from South Africa, I grew up during apartheid but moved to the UK in my early twenties - and haven’t looked back since. I’m passionate about freedom and creativity and now run a digital media agency, Wildheart Media - helping yoga businesses grow.
View all posts by Guy →
Ashtanga Yoga Session with David Keil – 27/28 June – Yoga Akasha, East Grinstead
The finger pointing at the moon…