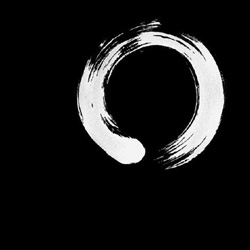 A big thank you to Shari and Elaine for hosting the latest moon day potluck. It was well attended. I counted 14 in total. Jane gets a prize for her chocolate brownies… ooooh! Paul also gets a prize for most “avant garde” dish – cashew dates, dipped in cashew butter and then dipped in cacao powder! Seriously yummy – just don’t inhale as you put it in your mouth as the cacao powder gets caught at the back of your throat, as Shari and I both discovered!

The highlight for me was when Shari and Doug played guitar and sang… I’ve just started learning myself so it was nice that people felt comfortable enough to pick up the guitar and sing too! I must say that I’ve missed our potlucks, hanging out with the gang. It would be really nice to get them going a bit more regularly again!

So do we have any volunteers for the next one? Just let Sarah and Shari know and they’ll surely announce it at class!

There was also talk of getting a group together to go to five rhythms during the week. I’m seriously up for going to that too! Just as long as I can be tucked up in bed early enough for practice the next day! 😉

Hope you’re all enjoying the sunshine!

I’m the founder of Ashtanga Brighton and have been getting on my mat since 2006. Originally from South Africa, I grew up during apartheid but moved to the UK in my early twenties - and haven’t looked back since. I’m passionate about freedom and creativity and now run a digital media agency, Wildheart Media - helping yoga businesses grow.
View all posts by Guy →
My first Yoga class
Anyone know a tabla/djembe player for musical yoga?