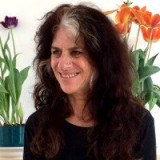 Louise expands on her experience of practising with Nancy Gilgoff in Berlin, and shares some insights into practice as well as how she’s finding life in the city. 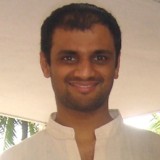 Louise gives a summary of Sharath’s talk at the Q&A session as part of his London workshop, and includes some of the questions and answers that came up.

As we know its all about self practice, and when it comes to Astanga some of us can become class dependent or teacher addicted. We never find the abilities and disapline to do it alone, when it comes down to it if you’re up to self practice you don’t need to see a teacher daily/weekly. […]

During my first three months of practising Mysore style Ashtanga, I’ve had many obstacles to overcome.  But two in particular seem to be rather prominent right now.  The one is (as gstar would say…) overcoming the issue of pain in the heels.  During Shari’s last led class (sniff, sniff) she told us not to shuffle […]

Today we said farewell to Shari who is leaving Brighton for Nancy Gilgoff’s Berlin workshop and then on to other adventures. We’ve been very fortunate to have her assisting Sarah over the last two summers. There was a good turn out at the coffee shop as you can see from the pics uploaded to the […]

“Emancipate yourselves from mental slavery None but ourselves can free our minds…” Redemption Song – Bob Marley Awesome lyrics from Bob Marley in Redemption Song, the new song I’m attempting to learn to play on the guitar at the moment.