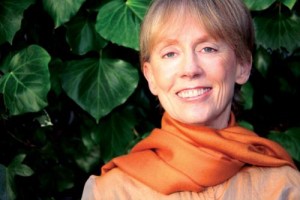 “Mantra is not about words, it’s about energy”… this was senior US meditation teacher Sally Kempton’s core teaching at a workshop on mantra I recently attended at Triyoga in London. I found the workshop a fascinating exploration of how mantra is so much more than a relaxing, hypnotic way to focus the mind – ‘entry-level mantra’ as Sally calls it. In Sally’s tradition, the mantra practice uses sound to dig out levels of reality that are normally hidden from view.

Coaxing out the higher self

Sally has spent decades immersed in a tantric lineage associated with Kashmir Shaivism – a major tantric tradition in India in which the god Shiva is also the ‘absolute’, the creative, intelligent force that encompasses, creates, destroys, conceals and reveals everything. Mantra is a major part of her practice – she describes it as helping to coax out the higher self by destroying all the toxic grime which habitually keeps it concealed. 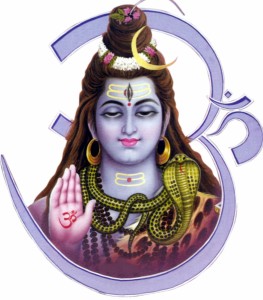 I’m borrowing liberally from her phraseology here as Sally has an amazing way with words. She comes from a family of writers and it’s easy to tell that language, sound and story are at the heart of her practice. So when Sally says mantra ‘coaxes out’ hidden levels of being, you get a strong feeling of what she means – mantra works partly as a greeting, a welcome, even a playful invitation. “Say the mantra as if you’re calling your own name,” she says. When you say ‘namah’ you are greeting Shiva, or whoever your chosen deity is, in the form of your own subtle body.

In Sanskrit, the etymology of mantra breaks down into man, meaning mind, and tra, meaning tool. Sally teaches that we use the mind-tool of mantra to carve out sacred space in the body and to dig through the many layers of being, from the gross through all the subtler ones beneath. So mantra is almost exactly like a chisel or spade – keep chipping away with it and more will be revealed.

Peeling back the layers

Mistress of metaphor, Sally also suggests that mantra is like an orange. At first, when you don’t know what it is, it might look impenetrable. But then you learn to peel it, to break it into segments – and more importantly of all – to chew and chew so that the juice comes out. You have to let it pickle in you over time (a separate metaphor, unless you’re confused by the idea of a pickled orange). The key point here is that mantra is something we make part of us – we need to invite it in so that it can mingle with our own natural energy. 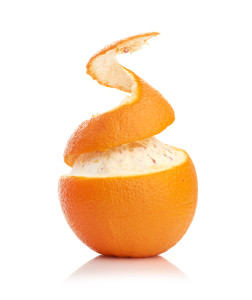 How does this work in practice? Sally gave us the mantra Om namah shivaya during the course of the workshop. To practise the feeling of merging and mingling, she encouraged us to imagine pouring it into the heart, like a series of raindrop-syllables plopping into a pool, or like an offering into a fire. She also suggested we blur the syllables rather than articulating them clearly, to experience more fully the mingling-merging sensation.

If you’re interested in a mantra practice, you may have heard that a mantra has to be given to you by a teacher as part of a lineage. In the tantric tradition, this process ensures that the mantra packs its full punch – it has been empowered with energy by all those generations of teachers and students who have practised it before and alongside you. But Sally also believes we can empower mantras ourselves with our own energy, dedication and practice. And there are two ‘maha-mantras’ (great mantras), which the tradition says can be freely practised by all:

So why not have a go?

Have you experienced the magic of mantra?

Do you have a mantra practice? Do you enjoy chanting or find it a little confusing, or too repetitive perhaps? Has this article inspired you to try it out? Perhaps you have some experience of working with Sally? We’d love to hear from you so leave a comment below.

I've been a regular Ashtanga practitioner since 2000 after hearing about it on holiday in Mysore. After returning to London I started practising with Gingi Lee at the Sangam in Clapham, stepping through that auspicious red door into a whole new world. Since then I've moved to Brighton and become a regular student of Nancy Gilgoff, whose approach to the practice has helped me greatly.
View all posts by Louise Jolly →
Doctor, Doctor… help I’m an Ashtangi!
Yogi Tea Competition Winners